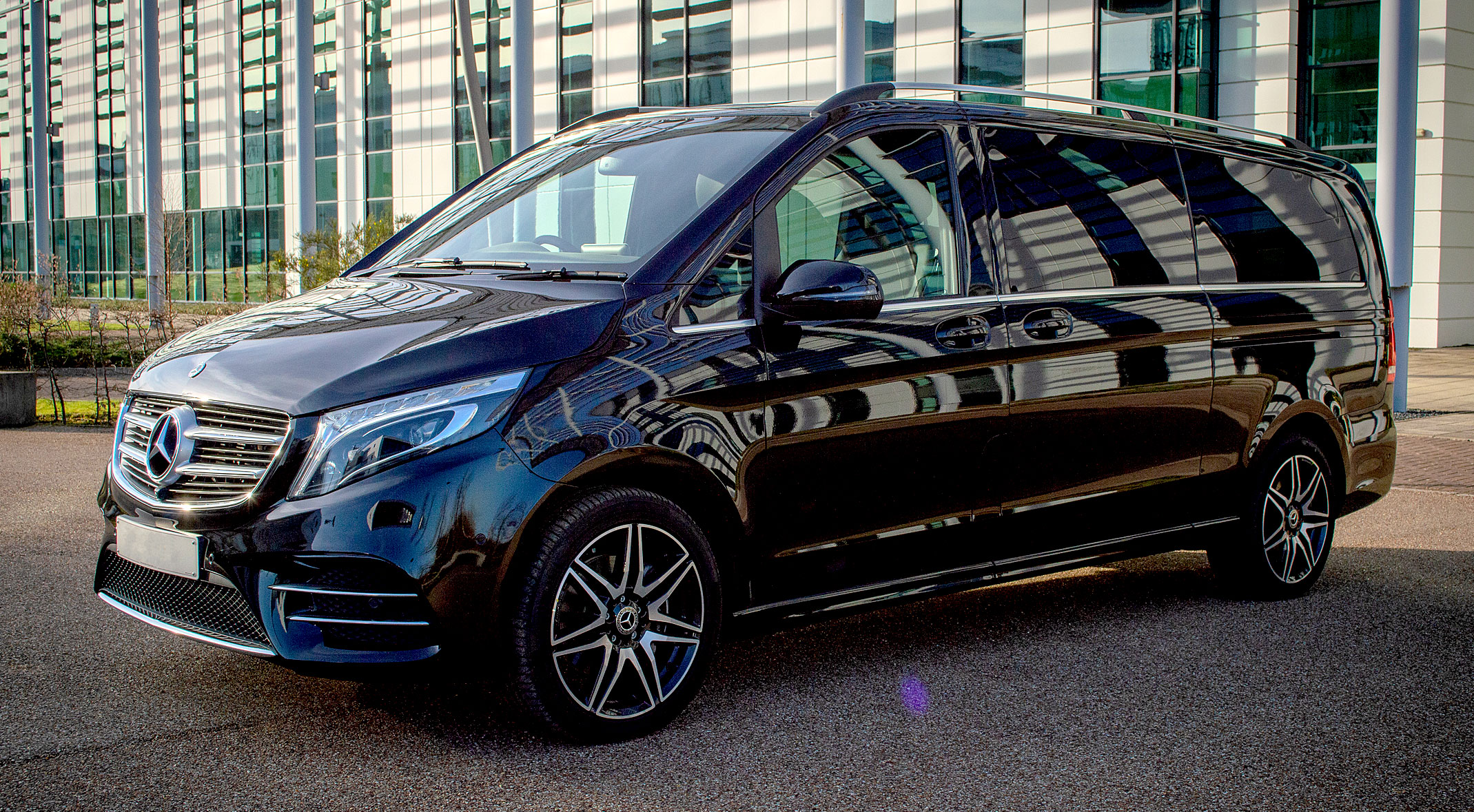 The new facelifted Mercedes V-Class MPV has been revealed with cabin tech from the C-Class and new more efficient diesel engines. This is the facelifted Mercedes V-Class, which aims to build on record sales for the people carrier in 2018 by updating the cabin technology and offering more refined and more efficient diesel engines. The exterior tweaks for the model are typical facelift fare, with no changes to the metal panels but a revised front-end look, thanks to a new bumper that incorporates air inlets to look more aggressive, and a wider radiator grille. There are also four new colours in the range, and a similar number of fresh alloy wheel designs ranging in size from 17 inches up to 19 inches. There are bigger changes in the cabin, where the V-Class gets at least some of the revisions that we’ve seen on the recently updated C-Class. There’s a new dashboard, with ‘turbine’ air vents, a 10.25-inch infotainment screen and at least the option of the a digital instrument panel. Other new kit includes semi-autonomous braking assistance, which will bring the car to a stop if it senses the driver isn’t responding to an imminent collision, and high-beam assist, which deactivates some LEDs in the main beam to avoid blinding oncoming road users. A flexible seating configuration will continue to be a strong point of the V-Class. By default it’ll be offered with three rows with six seats, but seven-seat and eight-seat layouts will be available across the three different lengths of vehicle. In addition to this functionality, Mercedes now offers the possibility of ‘luxury seats’ in the second row. These are like the items in the S-Class, so they are able to recline fully as well as offering back massage and ventilation. Auto Express understands this feature will be available shortly after launch, and that Merc UK may choose to offer it as a standalone model instead of as an option.

Contact Luxury SEAT for your bespoke and very competitive quote…

whatever your event, we will provide a first-class service at affordable prices.

SEND US A MESSAGE

Leave it to the professionals here at Luxury SEAT.
All of our drivers are “Disclosure Scotland – Checked & Verified

Our chauffeurs are not only very experienced and professionally attired, but also knowledgeable, discreet and always courteous with attention to detail, helping with luggage and onward journey information upon arrival.

Who Are Luxury SEAT?